Whatever the Automotive Need, Depend on Perkins Racing & Auto Repair

At our shop in Tiffin, OH, we do it all with expert precision. We respect our customers’ cars and trucks as much as they do, and we will give it the care and consideration it needs and deserves.

Customers throughout Tiffin, OH; Fremont, OH; Findlay, OH, and the rest of our area always make us their choice for all kinds of work on their vehicles. We have over 25 years of experience in customizing, restoring, and repairing cars. We are proud to work on cars from all across Ohio and the entire United States. Call us today at (419) 447-8064, contact us online, or email us at [email protected]  to discover what countless others throughout Northwestern Ohio already know: Choosing Perkins Racing & Auto Repair is the smart decision.

Award-Winning Car Restoration, Regardless of Condition

At Perkins Racing & Auto Repair, we take great pride in our award-winning car restoration and restomodding work. We placed second with a Ford Mustang at the annual Detroit Autorama, “America’s Greatest Hot Rod Show,” and we also won “best in show” locally with a 1957 Pontiac. We have restored such cars as a 1914 Locomobile, a 1931 Ford Model A, a 1953 MG, a 1965 Ford Galaxie, a 1976 Ford Thunderbird, and a custom 1985 Chevrolet Monte Carlo SS, among many others.

We will expertly restore any vehicle brought to us, regardless of its condition, and make it showroom-ready. We even use high-quality hot rod parts if the job calls for it.

To give our customers the quality they deserve, we use either OEM (original equipment manufacturer) parts or NAPA Auto Parts in all of our work.

Car customization and custom paint jobs are two more of our specialties at Perkins Racing & Auto Repair. When people want to make their car or truck stand out on the road, they turn to us. We know the most effective car customization techniques, giving our customers the professional results they deserve, and to make sure our custom paint jobs look sharp, we always use PPG Paints, Matrix Automotive Finishes, and DuPont Paints. 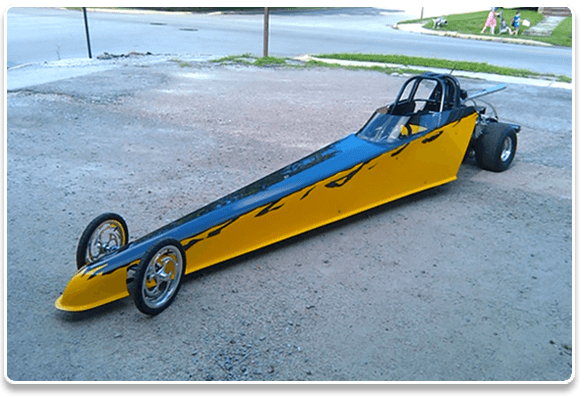 We also build drag cars for others — as well as our own pro-class drag car — complete with the best hot rod parts on the market. We have raced at tracks all around Northern Ohio, including Summit Motorsports Park in Norwalk, OH; Marion County Raceway in La Rue, OH; and Dragway 42 in West Salem, OH.

At Perkins Racing & Auto Repair, we know cars. We love cars. We are all about cars.